Where Should I Advertise: Bing or Google?

Bing has emerged as a competitor to Google not only in search, but also in pay-per-click advertisement. Google has always been the traditional go-to for pay-per-click advertisers, but Bing’s lower average cost-per-click ($1.07 compared to Google’s $1.83) makes it an attractive alternative. Does this mean you should switch your advertising from Google to Bing? Not necessarily. You also have to consider the role of demographics and how this will factor into your cost-per-conversion — what you pay for each lead, customers, or patient you get.

When is it Advantageous to Use Google?

Because Google dominates search markets, it puts a larger audience within your grasp.  This is true domestically, but it’s especially true internationally. If you’re targeting non-US audiences with your ads, Google remains the best medium to reach them through.

Google is also your best option if you’re targeting a younger audience. Here is a data from a 2011 Gallup poll: 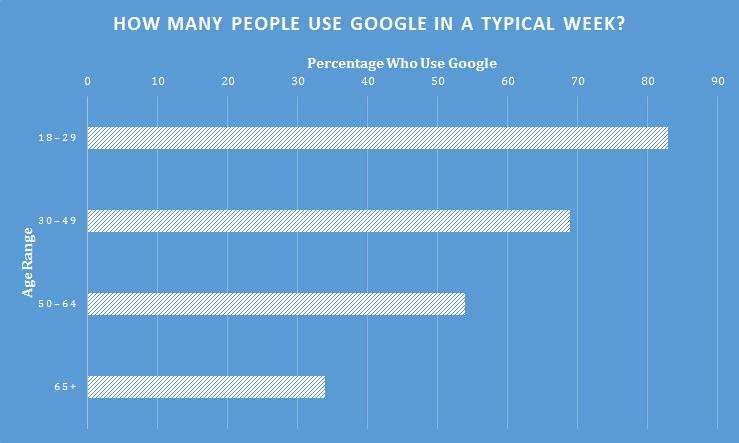 Not only is the average Google user younger than that of other search engines, she is also more likely to be highly educated and relatively well-off. According to the same Gallup poll: 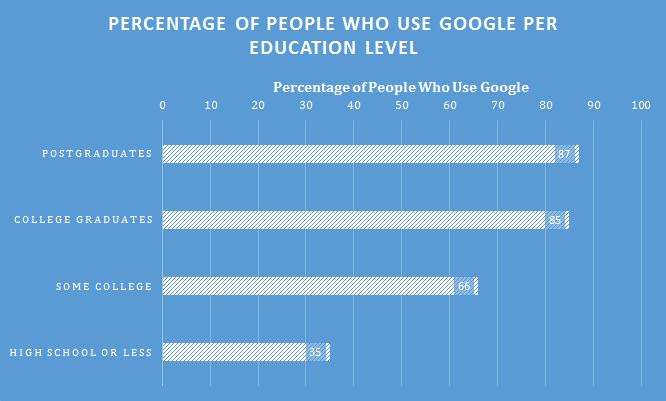 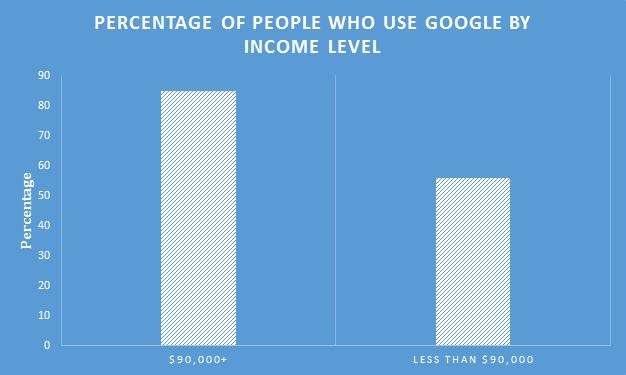 If your average customer or patient is between 18 and 49 years of age, well-off, and has a college degree, Google is the best platform to reach them through. Even if your target demographic lies outside this range, so many people use Google that you will reach a significant audience no matter who you target. The question is, can you get a higher ROI using an alternative advertising platform, such as Bing?

Who Sees Your Advertisement on Bing?

Who uses Bing? About 85 percent of Bing users live in the United States and about 87 percent are using Internet Explorer as their default browser. Amongst the tech-savvy crowd, Internet Explorer doesn’t have very many fans, which suggests that most Bing users either don’t care enough, or don’t know how, to install a different browser. What this says is:

Bing advertisements are seen on two search engines: Bing and Yahoo. More specifically, about half of Yahoo’s advertisements come from Bing. This means that, by advertising through Bing, you can potentially reach about 22 percent of total search traffic. It’s true that this doesn’t compare to Google’s whopping 65 percent share of the search market — in general, more people will see your ad on Google than on Bing —, but because Bing’s user base is less diverse it has a larger concentration of a specific class of searcher.

Typically, your ads will target a specific subset of the search engine’s user base, which helps your business get more out of each dollar spent on pay-per-click advertising. Because Bing’s user base is relatively homogenous, if this is the audience you’re targeting you can take advantage of its lower cost-per-click and still reach a similar amount of people as you would through Google.

Get the Most From Your Digital Advertising

With so many competing search and social media platforms, there are just as many rival advertising platforms and keeping track of which one will give you the highest return has become a full-time job. At Now Media Group, we gather and analyze data in order to optimize your advertising portfolio. If you’d like to speak to your consultant about your digital advertising strategy, contact us today at 858-333-8950.