The Habits of Excellence and the Qualities of a Top Agency

“We are what we repeatedly do. Excellence, then, is not an act but a habit,” wrote Will Durant, summing up a point made by Aristotle over 2,000 years before.

I remember the night I decided to take the Marketing Director job at Now Media Group as if it were yesterday.

I was lying in bed wondering what the best decision for me would be and I had this image of teaching my team the principles of progressive, living, breathing marketing so that together we could break and raise industry standards. I wanted to be different, provide value others couldn’t, and bring marketing to a higher level. I had a vision and, knowing that the owners welcomed it, I knew that I’d be able to do great things with the team I was given.

That was the moment I was sold on the job.

My approach to building an industry leader, an agency that sets the standards in marketing, is based on the lessons taught to us by great modern leaders such as Bill Belichick, Pep Guardiola, and Antonio Conte.

All three are sports team coaches with a winning legacy. Belichick earned 7 Super Bowl rings, five as coach and two as defensive coordinator. Pep Guardiola has won a tournament every year he’s been in charge of a first-division team, except for one. The year after his single year of failure, he won the toughest association football league in the world, the Barclays Premier League. Antonio Conte, for his part, took an underperforming team and made them champions within the same year.

These spectacular results have a common denominator:

They focused on the habits of their players — their habits on the field, their habits in the locker room, and their habits outside of the field — and worked until these were to their standard. And they made sure that the culture of their organization fit the culture they were trying to build within their team. There are no exceptions, no freebies, no leeway. Perfection is the only standard to go by, the only bar worth working toward.

One of my objectives at Now Media Group is to build a team that will continue to lead the industry for years to come. It’s not good enough to be the best now, because marketing is an evolving science. The best today can easily be the worst tomorrow. Long-term excellence must be institutionalized. The rules of a top agency, both formal and informal, must drip with the qualities that give an agency its standard of excellence. 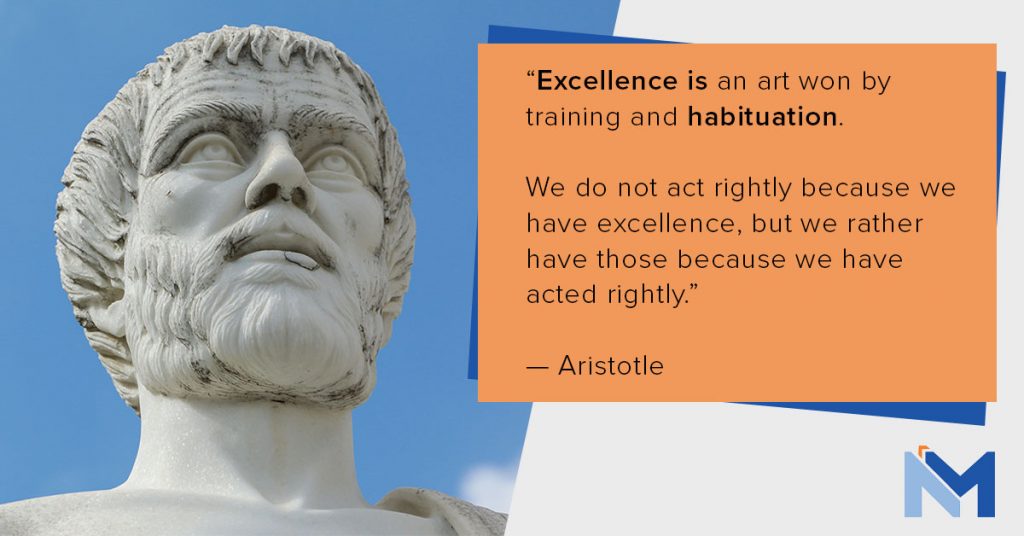 What are the traits, qualities, and habits of excellence in marketing?

I’ll share four that I’ve found to be common in my success and in the success of other top agencies.

I am a creative-type by birth, a scientist by training. I have always been a successful writer. My undergrad degree is in economics, and economics was very much my profession for over six years. My economics blog was ranked in the top 100, above actual tenured social scientists. I was introduced as a Ph.D. student (by accident) at a lecture I gave at the University of Toronto and I’ve lectured as far away as Madrid. Suffice to say, I’ve been trained in modeling, I know how to work with data, and I’m good at it.

I don’t bring up my story to brag, I bring it up to make a point:

I’m good at it not because of an innate quality in me. The opposite, actually. There are innate qualities in me that hold me back.

I’m good at it because of the internal rules and processes that I stick to.

This lesson can be generalized to a team, to a department, to an entire company even.

One of the most important beliefs is a simple rule of science that is all too often forgotten: you cannot prove, only disprove.

Even the theory of evolution is just a theory. It’s an extremely persuasive theory, don’t get me wrong. Tomorrow, though, we could discover something new and have it turn what we think we know on its head, just like advances in astrophysics in the past 100 years have completely revolutionized what we think we know about space.  We are humans, we are infallible, and as infallible humans, we must have the humility to know that we are most likely wrong in what we believe.

A home-run isn’t something a batter does on the first try, it’s the product of the habits that make a player a great batter. It’s a refinement process, a dialectic of improvement, and successful marketing must be approached the same way. 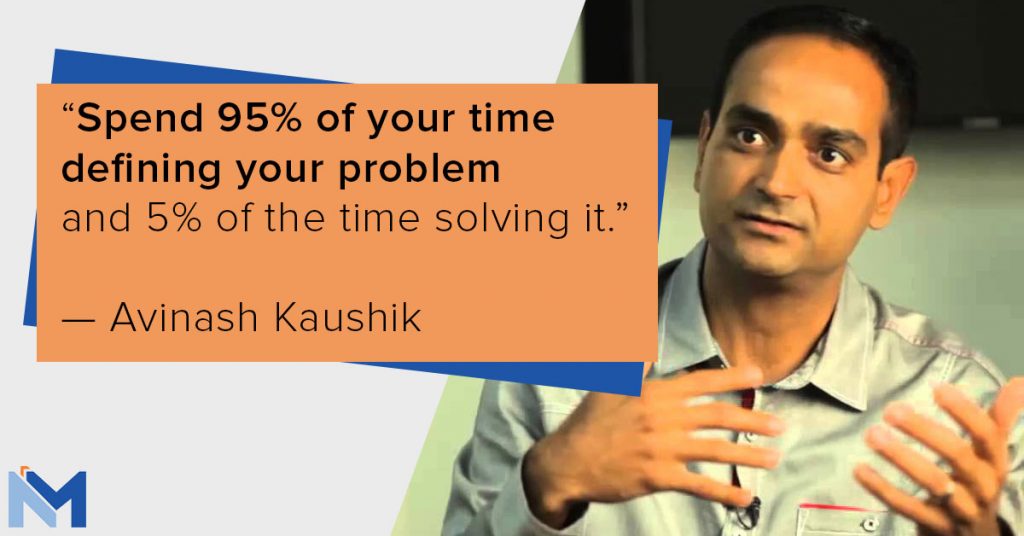 Anything that progresses, improves, and evolves must be an intellectual process. First, there must be an exchange of ideas. Second, there must be a process of peer review or vetting. In a business, this might be a group effort or it may be the product of hierarchy. Whatever way it’s achieved, ideation must have an analytical element to it, otherwise you are ideating without feedback and direction.

Having an environment where there can be a constructive discussion around new ideas, helping to elevate the good ones and refine the bad ones, is a matter of culture. And culture is a matter of habit.

I, for example, try to give biweekly talks. It doesn’t happen every week — client work must come first —, but it happens often, and they involve topics like the tools we use, or how to read the data, or how to communicate with the reader more effectively. Apart from these talks, I also hold weekly meetings with two teams, where we talk about what we do and how we can do it better.

My wife’s agency does something very similar, oftentimes inviting experts to give talks about their specialization. Lectures and discussions like these inspire, they move gears in peoples’ heads, and they cause a shift in thinking. It’s all part of the process of ideation and refinement.

A culture of positive ideation doesn’t happen organically. There must be a leader who truly believes in the value of that culture, and that leader must be persistent in enforcing the habits of excellence. Eventually, the culture will be ingrained, it will reflect in the thinking of most of your team, and you’ll start to see that these habits will become self-enforcing. 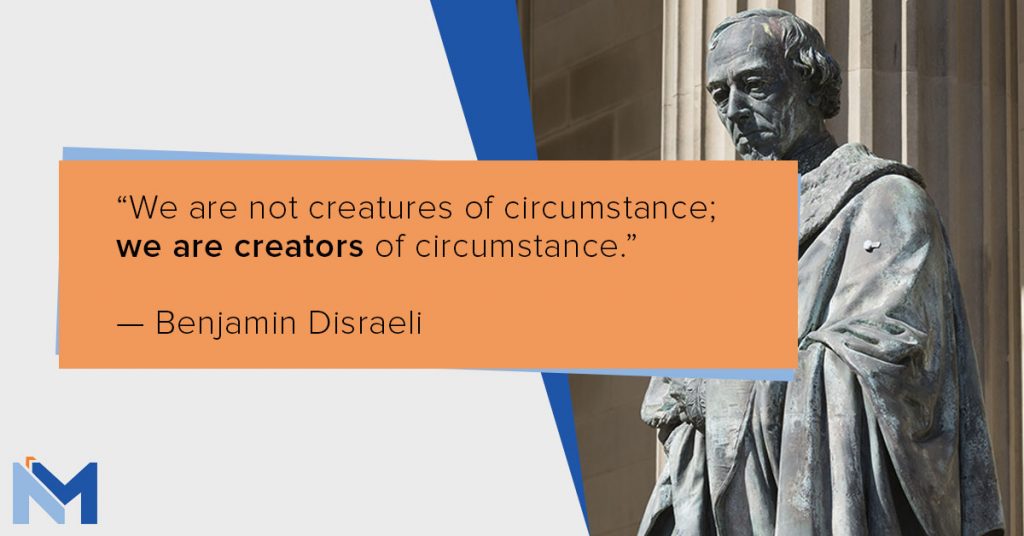 One of the most successful military commanders in history, ‘Stormin’ Norman Schwarzkopf, tells this same story when asked what the most formative experience in his military career was.

In the late 80s and early 90s, the U.S. Army was stagnating in a modernization process that required a clear goal to get off the ground. Not a single commander had the confidence to make the call. No one could commit to a solution, until one general said, “The answer is obvious, gentlemen,” and proceeds to give the answer.

Schwarzkopf, who at this time is a young officer, panicked believing that a decision made in such little time, with such little information, could not possibly be the right one. He confronted the general and asked, “There is so much information here, there’s so much to consider, no one’s really going to know for sure. How the hell could you just make a decision like that?”

“This has been a decision that no one’s been willing to make for 10 years. The best minds have been on it and they can’t decide, so you know what? We need to pick one and do it. Decisions are power and I’m here to make them. That’s what I’m in this position for. That’s why I’m a leader.”

To succeed, you must act. This is often taken for granted.

Do me a favor and observe your coworkers in the office. Based on your experience, which ones take action without being prompted to and how many wait for guidance?

There’s nothing wrong with one or the other, a good work environment needs both. And, in fact, all good leaders are good followers. The point is that without the leader, without someone who can compel others to act, you have a team that’s stuck in a lull. Given that we live in a world where stagnation can mean being overcome by newer, better ideas, an agency that is striving for excellence must have a team that’s driven to action.

A vision alone, though, is not enough.

A vision needs to be achieved

There is no value in an idea unless it is executed.

Many agencies have a visionary, or visionaries, but they lack the leader. They have daydreamers. They lack the person who can make the vision a reality.

How can you know if your agency has good leadership? Ask yourself: do their products evolve? Do they introduce new strategies and tactics? Do they keep up with your business and ask you how they’re serving you so that they can get the feedback they need to adjust the campaign? These are the habits of an agency with good leadership. 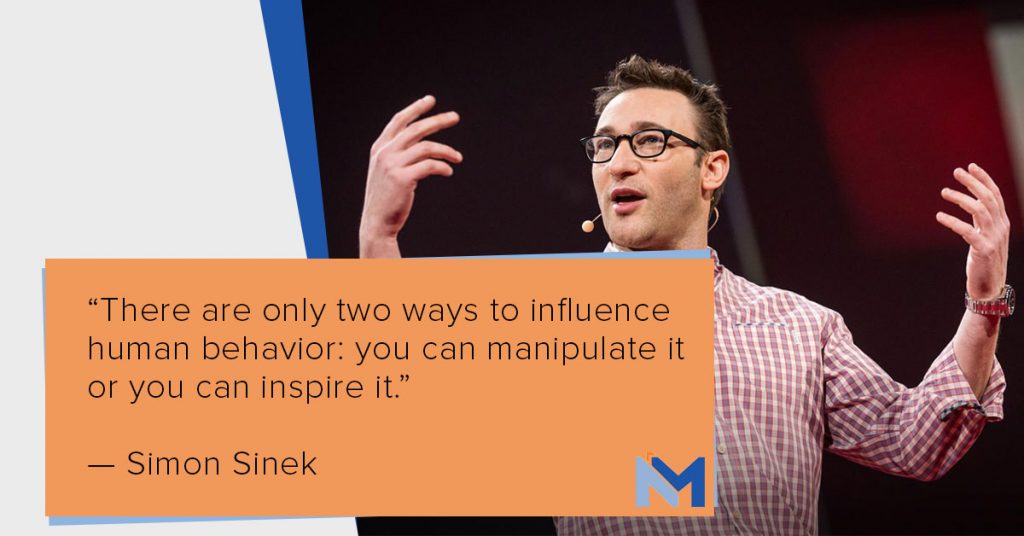 To interpret the data correctly, to ideate constructively, and for a leader to create a vision that works, an agency must live by the law of transparency.

I once had to put together a report on our search engine optimization investment that would be delivered to Tony Robbins himself. The numbers were all around good, but I knew there were results that weren’t good enough. I remember my boss, one of the most intelligent people I’ve ever met, coming to my desk and I asked him, “Should I show some things and not others?”

Transparency is non-negotiable. There is no gray zone. It’s only black and white.

Neither is it about ‘Truth.’ It’s about being confident enough in your abilities to have the humility to know that mistakes are inevitable and are only wasted if they are not used to learn. It’s about building a relationship of honesty with your clients, so they can have the same confidence in you that you have in yourself. 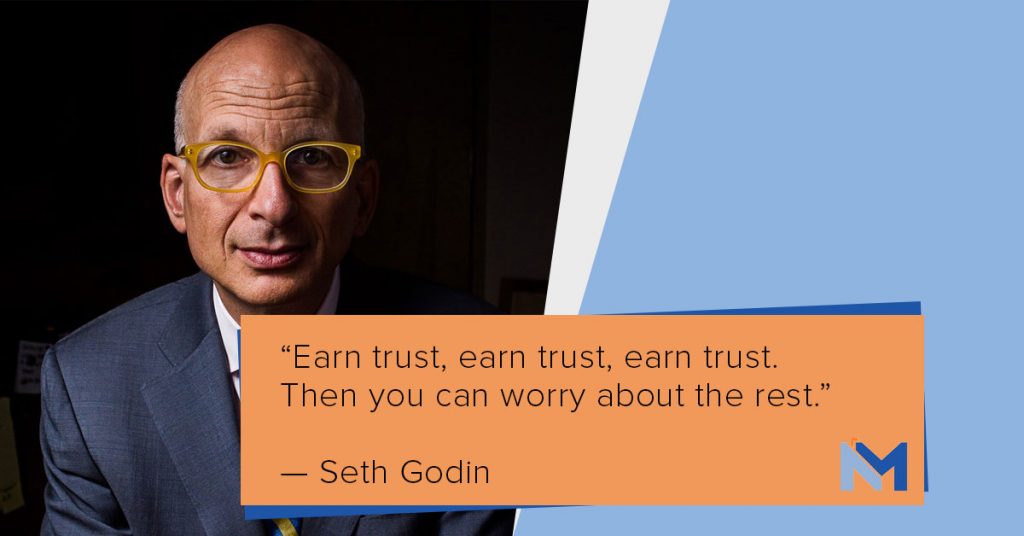 Success is internal. The most successful companies and individuals base their achievements on internal standards and metrics. “What can I do to be better? What steps do I need to take to improve? What do I want to achieve? What would give me fulfillment?” It follows that excellence is an internal standard and, more importantly, adherence to that standard. It’s about having the right attitude.

Being data-driven, having a productive ideation process, counting on strong leadership, and living by the law of transparency comes down to an organization’s willingness to continuously raise its own standards. Complacency leads to stagnation and a lack of growth, and as Tony Robbins always says, “If you’re not growing, you’re dying.”

Previous post Why Dentists are Investing in Yelp and You Should Too Next post Why You’re Leaving $25,000 Bills on the Sidewalk