Google Changes Search Results Page. What Does This Mean to You?

Google has changed the way their search results page (SERP) looks. The change boils down to adding a fourth paid ad to the top, removing the paid ads from the right-hand sidebar, and moving the organic listings further down the page. Furthermore, paid ads have been better integrated into the page, making it harder to distinguish them as paid ads. The alterations to the results page has important implications regarding the traffic — and, therefore, customers — you’re earning from your digital marketing efforts.

While Google earns most of its traffic thanks to its ability to provide the best search results, paid search ads are Google’s bread and butter as far as income revenue is concerned. It’s important to understand that this latest change to the search results page is to the benefit of paid ads. Aside from that, this change also marks a change in Google’s mobile-friendly policy, now streamlining the SERP by making it mobile-first — even on desktop search.

Google’s change is motivated by how people interact with the different elements on the SERP, including click-through rates. The click-through rate (CTR)  of ad, or a search listing, refers to the fraction of people who saw an ad and clicked on it. Here is CTR data from mid-2014: 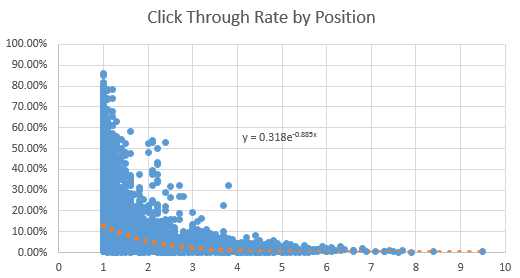 [From: PPC Click-Through Rate by Position]

The data shows that ads that don’t rank in the top three are not going to get much traffic, if they get any. So why pay for that positioning? Google understands how that impacts its income flow, so it changed the game to raise the visibility of the top ads on the first-page. New preliminary data shows this to be true.

Mark Irvine provides a great recap of early CTR data. Overall, the volume of clicks on ads remains the same. The impact of Google’s change has instead affected the distribution of clicks between ads. 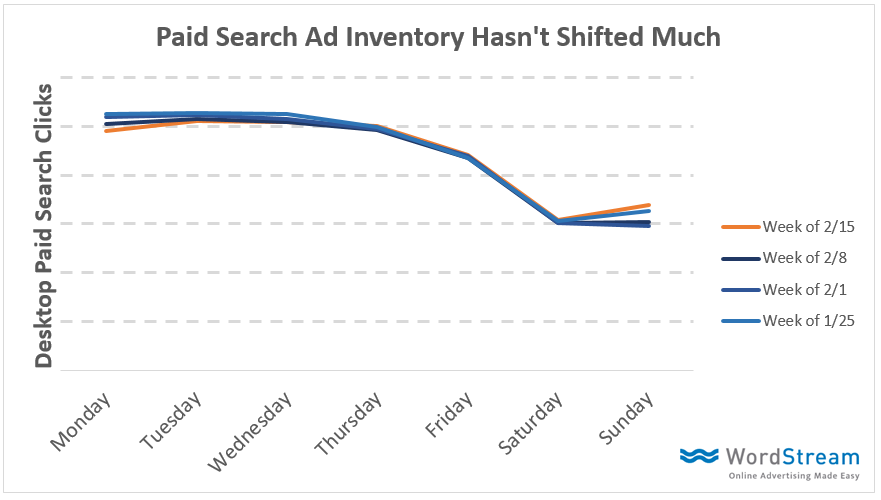 The fourth ad, moved from the side bar to the top of the page, sees a slight increase in click-through rate, but the true winner is the third position, which sees an increase in CTRs by over a full percentage point.

As Larry Kim points out, the loser is organic search. For searches with four paid ads, the first organic result is pushed below the fold. What this means is that the user has to scroll down to see that first organic listing, which in theory will affect that position’s click-through rate. And this is in accordance with Google’s goal of increasing paid ad clicks at the expense of organic clicks.

How Will the Change Affect My Ad Budget?

So far, cost-per-click hasn’t seen much of an impact: 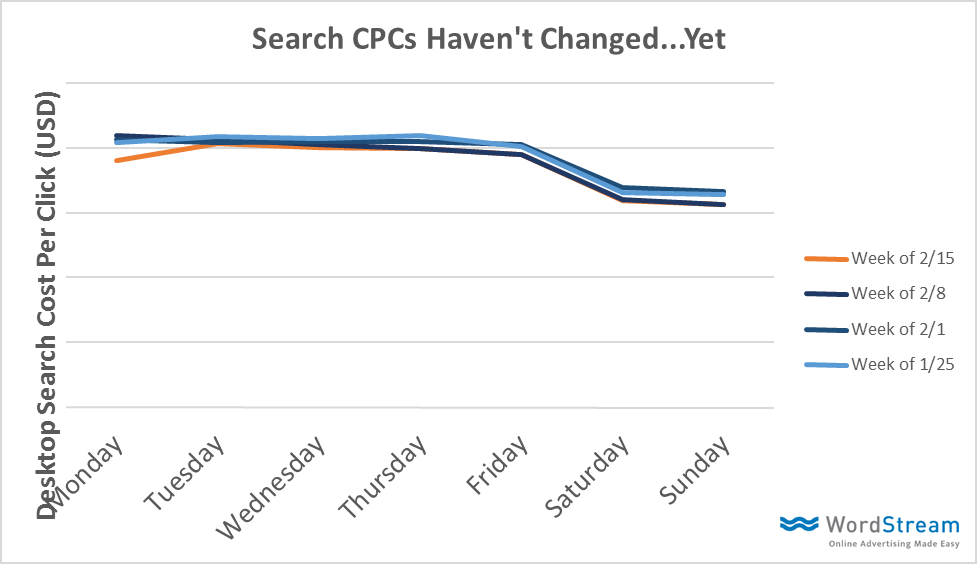 However, it’s important to keep track of changes in cost-per-click as advertisers internalize the effects of Google’s change. If the top four ads are now seeing more clicks, and therefore more conversion opportunities, it’s reasonable to suspect that the amount of money advertisers are willing to pay for those spots will increase. The fact that ads positioned 5th or lower have seen a decrease in click-throughs also suggests that the top four ads will become more competitive.

Cost-per-click is determined through a real-time bid auction, so as people alter their bids in accordance with the competition, we may very well see in increased ad budgets. Inversely, for those who stick with their current budgets, they might see a fall in average positioning for their ads — which means worse ad performance.

How Does the Change Impact My SEO?

The update is still rolling out and, so far, less than 40 percent of SERPs see all four ads on top. Still, the rate of change is very high, so that number will probably be obsolete by the beginning of next month.

What this means is that the amount of SEO traffic your website earns is likely to be impacted by the update. By moving the organic listings further down the page, it affects the willingness of the user to scroll down to look through them. The implication, as Larry Kim says, is that the update may negatively impact your return on SEO.

This doesn’t necessarily mean you should reduce the investment in SEO, mind you. In fact, the opposite is the case. Historically, the top three organic spots garner over 50 percent of clicks; the first five spots earn almost 70 percent of clicks. The rest of the “click-share” is spread out between paid ads, Google local, the last five spots on the first page (about 3–4 percent), and subsequent pages. Page 2 and 3 of the SERP, for example, gets less than 6 percent of clicks.

[From: Google Organic Click-Through Rates in 2014.]

The top organic spots are where you see the most value, and now one of those top spots is taken up by an ad. That means there are less organic spots to compete for. You want to make sure you have search visibility in the top three positions, and that may require you to step on the SEO gas pedal, so to speak.

Furthermore, this update only reinforces a point I’ve made before: you want to diversify your digital marketing. This isn’t the first change Google has made to the SERP and it won’t be the last. To minimize how it impacts your business you want to make sure your site has a presence throughout the various elements on the search page. I’ve recommended local SEO as a means to gain visibility in the local search area of the SERP, and this most recent update only reinforces the fact that you want to invest in a paid search presence.

By placing your eggs in more than one basket, you can help mitigate any negative influence a Google update might have on your revenue flow.

If you have a question or would like to learn more, I encourage you to contact us: (858) 413-7684. I would also love to read what you have to say, so please join the discussion in the comments below. I look forward to our conversation!

Formerly at [Tony] Robbins Research International and at Now Media Group as their Director of Marketing, Jonathan has a background in quantitative economics and analytics.